Jessie was born 4/4/1922 in Oxenhope in the West Riding of Yorkshire, the youngest of 2 daughter’s of Harry and Florence Bolton. She had a wonderful childhood and loved walking on the moors and cycling around the country.

Jessie was very bright and after the local school went to Keighley Girls Grammar school. She wanted to attend university and become a teacher but her father, a wool sorter in the local mill, said this was not possible as he could not afford for her to go. Jessie was determined not to work in the mill and took the Civil Service examinations.

She did very well and was offered a post in the Inspector of Taxes office in Leeds. During the war she was moved to the Cardiff tax office. She was told she had to stay in post as the Government needed taxes collected to pay for the war effort.

It was during the war that she met Hubert, at a dance at Catterick army base. Where Hubert was after recovering from being wounded at Dunkirk and before he returned to fighting in the desert campaign. She married after the war and due to the rules at the time then had to leave the Civil Service. She also had to leave her beloved Yorkshire as Hubert was in business with his father in a village in North Wales, near Wrexham

It was Hubert who introduced Jessie to bridge, which became  a very big part of her life. In the capacity of a player, Jessie was a Grand Master, she won all the trophies in Wales many times in particular the Welsh Cup, she also won the English National Womens Pairs. She also represented Wales, first in Womens events where she was a regular player and with 4 different partners over the years and then in the Open events for the Camrose trophy. Again Jessie had 4 different partners, first her husband and later John Salisbury and Paul Griffiths. She was the first woman to represent Wales in the Open category, and achieved another two firsts with her other partner, her daughter Jean – first female pair and first mother and daughter. She also represented Great Britain in a Mixed Teams event playing with John Salisbury and a pair for Scotland, achieving a bronze medal

But Jessie did not just play bridge she was heavily involved in its administration. For many years she ran the Llandudno Congress (which was at one stage a 9 day event attracting around 400 players) and another week long Congress at Prestatyn. She founded the Llangollen Swiss Teams and this was the first event of its type, hugely successful and raising a great deal of money to support the British team costs.

But again local administration was not enough and she became Secretary to the British Bridge League, a post she held for many years. One of her first-class as Secretary was to present the case on behalf of the BBL to the European Bridge League on the cheating allegations against Terence Reece and Boris Schapiro. This she did remarkably well and this started a long association with European delegates who clearly admired Jessie. Later she represented Britain at EBL meetings.

Whilst Secretary she started another bridge congress on the Isle of Man recognising that bridge players like a holiday by the sea, this was copied by many to become bridge holidays.

As mentioned Jessie wanted to be a teacher and she did fulfil that ambition by attending Cartrefle Teacher Training Academy in Wrexham as a mature student. She then taught maths, history and business studies at a school in Oswestry for a number of years, but later said that the Tax office was where her skills were best used and that she wished she could have remained in the Civil Service.

Jessie moved to Worcester in 1990 with Hubert when her granddaughter was born. Hubert died in 1994. Naturally she continued playing bridge, though not at international level as, being born in England, she was no longer eligible to play for Wales. But she did participate in Worcestershire bridge events and won many more trophies. Her last trophy was the Worcestershire Rubber Bridge event that she won several times, the last time in 2017 when she was 95 years old.

Jessie loved reading and when not playing or reading about bridge enjoyed a good book as well as reading poetry. Keats was her favourite. She also loved music ballet and theatre. There were regular trips to Birmingham Royal Ballet, the Symphony Hall and Malvern Theatre.

She found walking increasingly difficult in recent years which she blamed on all that walking and running on the moors. Shortly after her 97th birthday her knees finally gave up and that and certain other infirmities meant she could no longer be cared for at home and she spent the last 6 months on her life in a nursing home.

She contracted COVID19 and though it appeared she had beaten the virus with the same determination she showed throughout her life, at 98 it was too much.

She will be remembered not only by many members of the WBU but more widely. 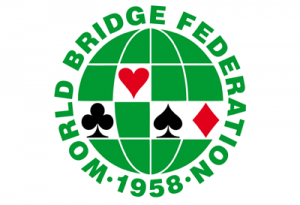