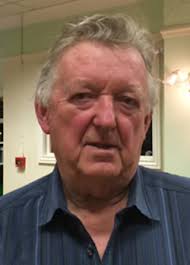 It is with deep sadness that the Welsh Bridge Union have to announce that Liam Sheridan passed away during the evening of Monday 10th. August aged 78 years. He was taken into hospital on Sunday, with a suspected major heart-attack, which then led to a stroke, which in turn led to other organ failures.
He achieved major recognition within Welsh Bridge, having represented the country in five Camrose internationals, and four European Championships. He was also in the team representing Wales at the Bejing Olympics (mind sports).
Following his retirement from accountancy, Liam pursued his other main interests of horse racing and jazz.
He will be sadly missed by his partner Glenda, and his daughter Dawn, and two sons, Peter and Gary, and all his close friends.