The Benefits of Bridge to Clubs and Individuals.

Where Does My Membership Money Go?

The benefits of playing Bridge 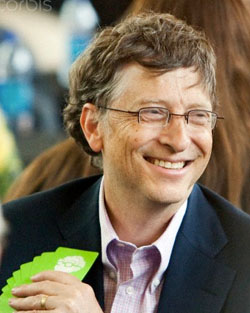 Bill Gates: “Bridge is one of the last games in which the computer is not better.”

“Bridge is possibly the best game devised by mankind – and certainly one of the most popular. But a word of warning: you’ll soon be hooked. Fortunately, this need not be expensive and it will be good for your brain and your social life.”
Andrew Robson, Times Bridge correspondent and leading Bridge player-teacher-writer

“Many games provide fun, but bridge grips you. It exercises your mind. Your mind can rust, you know, but bridge prevents the rust from forming.”
The late Omar Sharif

“Bridge is for grown-ups. It gives you licence to look down on poker players.”
“It’s a great investment for old age…”
“Bridge is utterly compulsive once it has got hold of you.”
Alex James, Blur

“No matter where I go, I can always make new friends at the bridge table.”
Martina Navratilova

“Bridge is such a sensational game that I wouldn’t mind being in jail if I had three cellmates who were decent players and who were willing to keep the game going 24 hours a day.”
Warren Buffett

“It’s one of the really great pleasures of life. Anybody who’s missing bridge is missing so much in life.”
Malcolm Forbes

“Bridge is the most entertaining and intelligent card game the wit of man has so far devised.”
W. Somerset Maugham

“Bridge presents all the challenges we know of. It is a human game, yet it is an intellectual game. If I sit down to play, I am likely to run into some sort of situation that I’ve never seen before.”
Edgar Kaplan

“Next to Bridge, all other forms of human endeavor shrink to insignificance.”
General George S. Patton